A weekend that could change your
financial life!

They remain blissfully ignorant about their financial future, keep on working & hope they have saved enough to retire.

The question you have to ask yourself is:

Is this going to be YOUR story?

The honest truth is your financial success has nothing to do with how good or bad the economy is or your working income – that’s external.

The root of the problem is INTERNAL.

We ALL have an internal MONEY BLUEPRINT that determines if we’ll be struggling our entire life to scrape by or if we attract wealth to ourselves.

Unfortunately, like most people, you’ll be stuck with this blueprint for the rest of your life UNLESS you change it!

That’s what you’ll learn to do at the Millionaire Mind Intensive. During this 3-day event, you’ll discover areas in your life that have been holding you back financially and learn ways to change them – right there, right then!

Don’t just take our word for it. BE THERE and experience it for yourself. 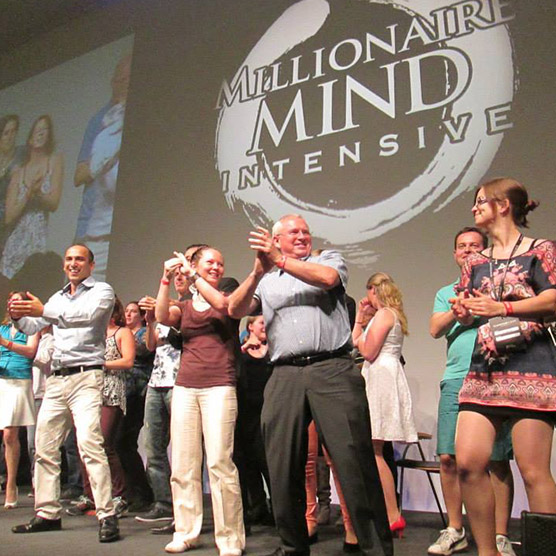 People all over the world and from all walks of life have experienced changes in their financial lives by applying these systems.

At the Millionaire Mind Intensive you’ll discover how to:

Using the principles he teaches, T. Harv Eker went from zero to millionaire! He combines a unique brand of ‘street-smarts with heart’.

Eker is the author of the best-selling books, Secrets of the Millionaire Mind and SpeedWealth. He has also developed several highly-acclaimed courses…

Using the principles he teaches, T. Harv Eker went from zero to millionaire! He combines a unique brand of ‘street-smarts with heart’.

Eker is the author of the best-selling books, Secrets of the Millionaire Mind and SpeedWealth. He has also developed several highly-acclaimed courses such as The Millionaire Mind Intensive, Life Directions, Wizard Training and Train the Trainer. He is also the producer and trainer of the world-famous Enlightened Warrior Training.

T. Harv Eker is the son of European immigrants who came to North America with only thirty dollars to their name. He grew up in Toronto, but spent most of his adult years in the United States. Money was scarce throughout his childhood, so at thirteen, Eker began his work career. As a teen he delivered newspapers, scooped ice cream, sold novelties at fairs, and suntan lotions at the beach. After a year at York University, he decided to take time off to pursue his dream of becoming a millionaire.

During his early adult years, he lived in five different cities, including Lake Tahoe and Ft. Lauderdale. He had a variety of jobs and started more than a dozen different businesses, but regardless of what he did, or how hard he worked, he just couldn’t achieve success.

Finally after many years of frustration, Eker hit the jackpot. He opened one of the first retail fitness stores in North America and grew the business to ten stores in only two and a half years. He then sold part of the company to a Fortune 500 corporation.

With the sale, Eker reached his dream. He was finally a millionaire; however, in less than two years, the money was gone. Through a combination of poor investments and unchecked spending, Eker was back at his original net worth… again.

It was at that point that Eker began developing his theories about people’s mental and emotional relationship to money. He realized that his “inner-money thermostat” was set for a specific amount of financial success, and that everyone else had a financial set point too. His most profound discovery was that this money blueprint could be changed. Using the principles and practices found in his book, Secrets of the Millionaire Mind, Eker reset his own blueprint to not only create success, but to keep it and grow it, and become a multi-millionaire.

During his years of struggle, Eker vowed that should he ever get rich, he would help others do the same. He has kept his promise. He has already touched the lives of over 500,000 people, helping them move closer to their goal of true financial freedom. 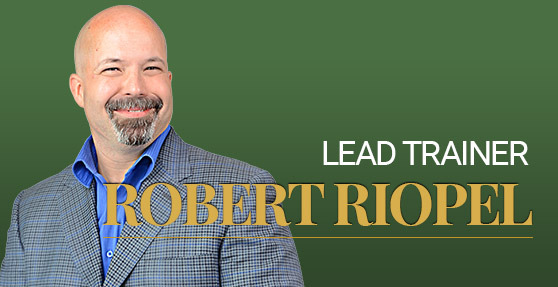 After working in management for three companies that downsized and laid-off most of its employees, Robert Raymond Riopel decided to take control of his own destiny.

At 23, Robert purchased a franchise pizza business, turning it into an extremely profitable enterprise. Using the knowledge he gained, he went on to take six other stores from near bankruptcy to high profits.

Unfortunately, as his income skyrocketed, so did his unconscious habit of spending all he earned. He eventually wound up $150,000 in debt. However, by using principles he learned from the Millionaire Mind Intensive, he went from deep debt to being financially free and retired by age 32. Robert came out of retirement to become the lead trainer. With his heart-felt style, he now teaches the same principles that have changed his life and the lives of thousands of people all over the world. 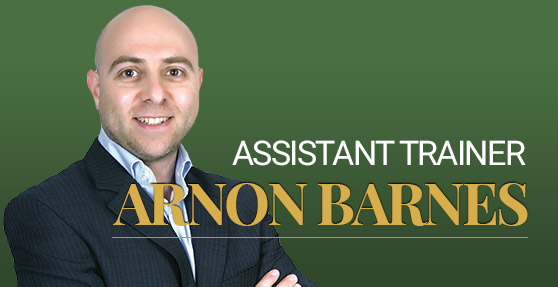 Arnon Barnes irritates business owners into action. Without any education he managed to achieve financial freedom at the age of 28 through real estate.

Now he is a sought after International Speaker, Peak Performance Trainer and Business Mentor. Along the way he became an angel investor and serial entrepreneur, venturing out into different industries like retail, real estate and hospitality before eventually co-founding Worldwide Success Partners, a company that provides entrepreneurs and coaches with a business-in-a-box.

Arnon also has successfully trained tens of thousands of people in many different arenas of business, from over 52 different countries including the United Kingdom, Germany, Brazil and South-Africa to name a few. His personally developed coaching & mentoring programs have helped increase people’s productivity, personal & business income as much as 40% in a matter of weeks.

18 months ago, my wife and I were a week away from divorcing. We were over $150,000 in debt and we always fought about money. Your program changed all that and today we are happily married. We are now debt free and we own 2 companies worth over a 1/4 million dollars.

Managing my money has never been my forte. but both my husband and l have started the jar system and feel very positive about making in roads to our future ﬁnancial freedom. We are constantly telling everyone about our Millionaire Mind experience and since we’ve been home. the office phone has been consistently ringing!

After passing Millionaire Mind Intensive and Quantum Leap (Coaching), I created my own School of Thought (Maktab e Kamal), making $1M in less than three years, and created a TV program with at least 10 Million Viewers. My average income has increased 10 times and my working hour 40 hours per month. Its amazing.

This is a fantastic course that helps you to understand yourself and show what is the root problem that prohibits me from moving forward. Deﬁnitely a valuable course that will be useful especially for people with no direction, no drive, no courage. Its a life changing course. Great!

From my perspective. as a young person, it is the Dutch youth’s responsibility to stan a mindset shift from the bottom up. T. Harv Eker’s Millionaire Mind Intensive training last week has shown me, in real time and with genuine examples, how I can shift my mindset and re-programme my mind.

I was a child vendor in the Philippines at 7 years old. then through sheer determination, I immigrated to Canada 17 years ago but always paid myself last. Right after MMI, I gave myself a salary increase of up to $3500, and our bottom line increased 30%. Now. our net worth is $1.2+ million and climbing.

*These are real testimonials from actual participants.

MillionaireMindire.com makes no guarantees of income, but strives to offer information about a quality seminar that can greatly benefit those that attend in improving their mindset about money.